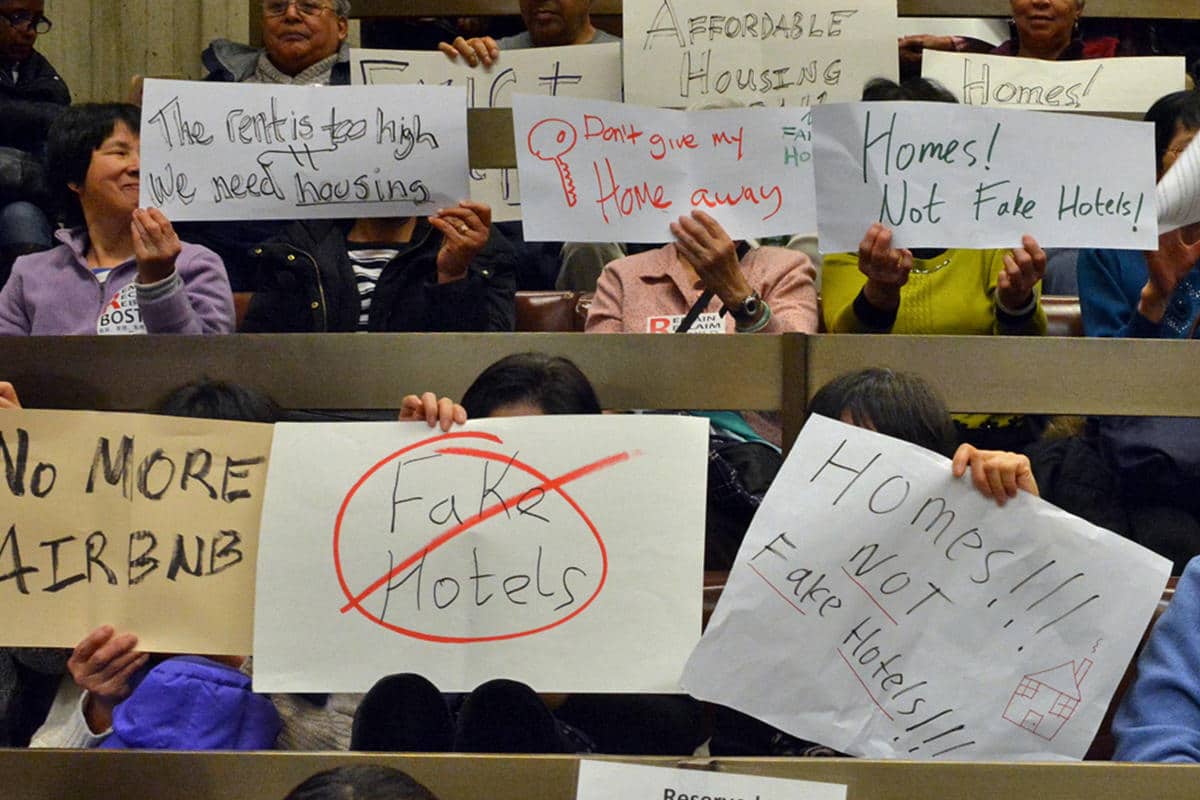 
City officials are firing back at Airbnb after the company criticized plans for regulations in Boston — proposing a ban on all so-called “investor units” where the host does not live in the building where rooms are rented — as the battle over short-term rentals in the Hub intensifies.

After initially proposing regulations earlier this year, Mayor Martin J. Walsh filed new, stricter restrictions on short-term rental services yesterday. The new law would allow owners who live in their homes to rent out rooms without limit, and would let owner-occupants of two- and three-family properties rent one unit for up to 120 nights a year.

However, it would bar people who own a property but do not live there from renting out so-called “investor units,” which housing advocates have criticized as being quasi-hotels that skirt existing laws and drive up rents. The law would requires booking firms like Airbnb to sign agreements with the city to “actively prevent, remove or de-list any ineligible listings” and file monthly reports on location and length of rentals.

“This is partly why we chose to be so conservative in this version, because they’ve demonstrated they’re not good actors and they’re not good negotiators. They want to do bullying tactics,” Edwards said. “When so much of our ability to have a short-term rental market depends on people coming to the table in good faith and Airbnb demonstrates it will not, we have to respond to that with regulation that will function with or without them.”

“We are disappointed the city is pursuing an approach to home sharing rules that violates federal laws, harms middle class Bostonians, and doesn’t fully consider the input from the thousands of families already using home sharing to pay the bills,” Airbnb spokeswoman Crystal Davis said in a statement. “We believe there is a better path forward that creates enforceable rules to regulate the entire industry.”