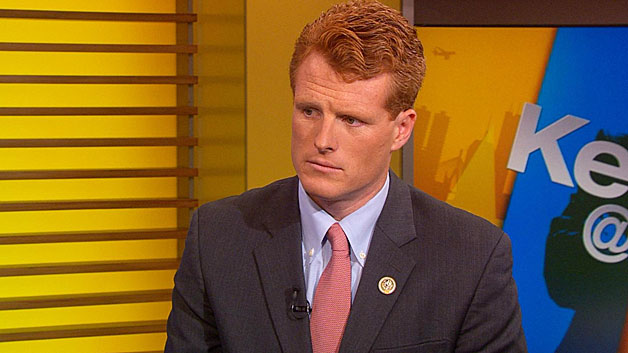 BOSTON (CBS) – “The torch has been passed to a new generation of Americans,” said President John F. Kennedy at his 1961 inaugural.

But while there’s no doubt that was actually happening back in the 1960’s, in modern-day Massachusetts? Not so much.

Senator Ed Markey is 71. Senator Elizabeth Warren is 68. The runt of the leadership litter, Governor Charlie Baker, is 61. None of them seem likely to be stepping aside.

And while the likes of Congressmen Joe Kennedy and Seth Moulton show promise, their differences underscore the uncertainty of our political future. Will it be Kennedy’s bi-partisan, institutional approach that dominates? Or the sharp-edged agitation for change that Moulton models?

An early indicator may come late this summer, when longtime Congressman Mike Capuano faces a primary challenge from Boston City Councillor Ayanna Pressley. If she wins his seat, she would become the first African-American in 46 years elected to Congress from a state where people of color are 13-percent of the population but hold just eight-percent of elected offices.

Is that shortage problematic when Boston has been a majority non-white city since the turn of the century?

“The biggest issue we need to deal with, wrestle with and come to terms with is the level of racism that still exists today,” says Darnell Williams, CEO of the Urban League of Eastern Massachusetts.

But that’s just one of many problems the next generation of leadership will have to navigate.

Related: Boston Next: Evolution Of Our City

Experts say easing our acute shortage of affordable housing will be key to building the diverse, thriving Massachusetts of the future.

How will we manage the rise of the sharing economy, from Uber and Lyft to Airbnb, making room for the new without unleashing excessive disruption and risk?

What happens with robotic engineering, robots and artificial intelligence, technological advances that could erase crucial blue- and white-collar jobs?

“So many of those jobs seem to be about to be wiped out,” notes former Massachusetts House Speaker Tom Finneran. “How do we as a society begin to navigate that? Are we gonna have guaranteed minimum incomes?”

Watch: Finneran and Williams On Future Of Mass. Politics

Good questions, and especially tough ones awaiting the next generations. They didn’t start the fire. But the torch-bearers of the future will have to regulate its heat.

As Congressman Kennedy put it in his recent rebuttal to the State of the Union Address: “Politicians can be cheered for the promises they make. Our generation will be judged by the promises we keep.”

And then there’s a political problem that transcends generational change – where will we get the money to spend on education, infrastructure and other pressing needs?

We’ve handled some major challenges over the past 70 years; the next 70 will be no less challenging.