Home / Housing News / Boston Wants Amazon, But Is There Room? 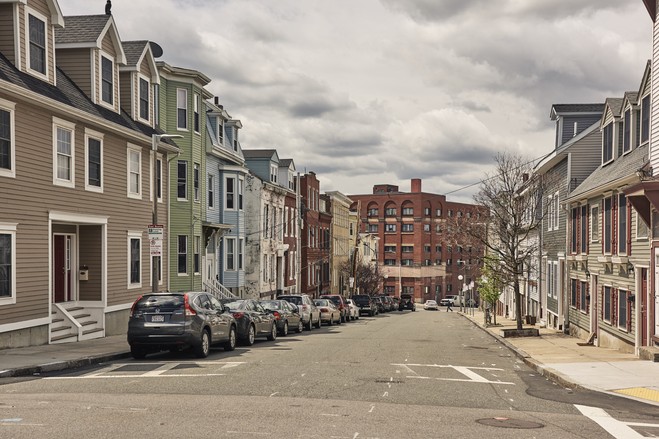 BOSTON—The possible arrival of Amazon’s second headquarters here is triggering both hopes and apprehension in a neighborhood already dealing with fallout from surging costs in a growing city.

The city has pitched East Boston, an immigrant-filled area of about 46,000 people, as a prime locale for Amazon.com Inc.’s next home. While developers say gentrification came slowly there, it is now in full swing, aided by a subway line under Boston Harbor offering quick commutes downtown.

Rising rents and displacement are already apparent in what locals call Eastie, and some people worry the company moving in would further pressure vulnerable residents.

“I think we should be concerned,” said Sal LaMattina, a retired city councilor and lifetime East Boston resident, who has long advocated for neighborhood development.

Boston isn’t alone: Most cities on Amazon’s shortlist of 20 finalists are grappling with the effects of gentrification and rising costs, said Jenny Schuetz, a Brookings Institution fellow who focuses on housing markets and real estate. Recent analysis from Brookings and real-estate firm Zillow indicate the massive Amazon project—up to 50,000 workers and 8 million square feet of office space—could strain housing markets.

“I think a lot of places on Amazon’s shortlist, it’s likely to drive up real-estate values and put pressures on specific neighborhoods,” Ms. Schuetz said.

Concerns are even bubbling up in places like Pittsburgh, a modestly priced city compared with other Amazon contenders. Some neighborhood advocates there worry the development will trigger real estate speculation that boosts costs and threatens lower-income residents in areas already pressured by an influx of technology jobs.

Zillow last month projected that landing the Amazon project in Pittsburgh would cause annual rents, which are otherwise forecast to drop, to increase by 0.9 percentage point. The Nashville area was forecast to see the biggest impact of the finalists—an added 2.4-percentage-point increase, Zillow said.

Still, many officials and residents in the 20 cities on Amazon’s list are excited about the prospect of landing Amazon. “That would create a lot of employment opportunities,” said Debra Cave, who leads a local civic group in East Boston.

Competing cities widely view the Amazon headquarters as a huge economic-development draw that could have ripple effects across their economies, generating yet-more jobs as other tech and service firms cluster around. Amazon has estimated its investments in Seattle from 2010 through 2016 pumped an added $38 billion into that city’s economy.

In Boston, Amazon would mark another success for a growing economy tethered to the city’s concentration of top universities and hospitals. Unrelated to the headquarters plan, Amazon recently announced plans to add 2,000 tech jobs in Boston’s booming Seaport district.

Boston, a compact city of roughly 673,000 people, grew about 8.5% between 2010 and 2016, according to census estimates, triggering a push by Mayor Martin Walsh’s administration to add housing, preserve affordable homes and aid at-risk renters. In his second inaugural address in January, the mayor said, “too many families are still being priced out of too many neighborhoods.”

The developments are along the waterfront near the Maverick subway stop. Photo: Tony Luong for The Wall Street Journal

But holding the line on prices has proven hard. According to Zillow, Boston’s median rent has surged about 47% to more than $2,600 a month since late 2010, the firm’s earliest records. Median home values in the city have also soared.

Rising costs have made East Boston a neighborhood of sharp contrasts.

Large residential projects are rising along the shoreline, and developers are remaking a street grid jammed cheek-to-jowl with old apartment buildings. Three-story buildings with gut-renovated condos selling for around $500,000 stand near modest, low-rent apartments. Meantime, a developer plans to replace the faded Suffolk Downs thoroughbred track straddling the line between East Boston and neighboring Revere, Mass., with a huge mixed-use project. It would include city-mandated affordable housing units and, possibly, Amazon.

East Boston has become the city’s epicenter for housing displacement, according to housing advocates. City Life/Vida Urbana, a nonprofit, said it supported 71 households threatened with displacement there last year.

One of those residents was Elva Vanegas, a 55-year-old Salvadoran immigrant who until recently paid $800 a month in her longtime apartment. Developer Ricky Beliveau bought her building last year and quickly sent a notice to residents asking them to leave by the end of the following month. He has turned two similar buildings on the same block into high-end condos.

The residents banded together with help from legal-aid attorneys and filed counterclaims, leading to a settlement and three-year leases. Ms. Vanegas will pay $900 starting in June, with increases in the next two years.

The settlement is a reprieve, but she views the possible Amazon deal as a long-term threat to the neighborhood. “More reason to kick us out,” she said.

Mr. Beliveau said he tries to help tenants find new homes when he purchases buildings, including in this case, and that he doesn’t view staying in run-down apartments as a long-term, affordable housing solution. “I understand the hardship they’re going through,” he said.

In Seattle, where Zillow says Amazon’s presence has also contributed to rising housing costs, the city and company have clashed over a new tax on businesses to raise money for homeless services.

Boston Economic Development Chief John Barros said Amazon is aligned with the city’s affordable-housing goals. “They understand growth creates tension and pressures,” he said. “They’re saying they want to be part of the solution.”

He said the long pace of Amazon’s planned development may mitigate the impact on housing costs. He also said Mayor Walsh has made clear Boston isn’t going to “outbid other cities” to chase the second headquarters.

“We’re not desperate for Amazon,” she said. “This is the time to be discerning for our future.”

The Suffolk Downs area could see 10,000 units of housing as part of a mixed-use project that includes offices—and possibly the Amazon development. Photo: Tony Luong for The Wall Street Journal

—Keiko Morris contributed to this article.

Write to Jon Kamp at jon.kamp@wsj.com