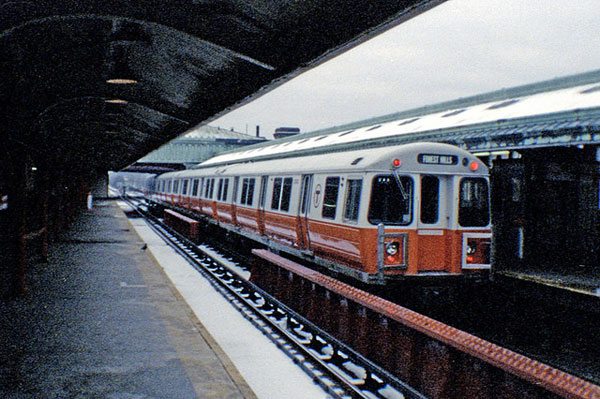 
According to the American Public Transportation Association (APTA), “failure to invest in public transportation infrastructure…will cost the country some $340 billion through 2023 and result in the loss of 162,000 jobs,” reports Rachel Kaufman in Next City. The cause? Inadequate transit system maintenance.

The report adds that the nation’s public transit infrastructure backlog will cost “$180 billion in cumulative gross national product (GNP) and…$109 billion in household income.” Overall, the deferred backlog was estimated to cost $89.9 billion as of 2015 and is continuing to grow.

As Dace West, former director of the Denver-based Mile High Connects, wrote in NPQ two years ago, transit systems can “enhance access to opportunity for low-income communities and communities of color by connecting them to affordable housing, healthy environments, quality education, and well-paying jobs.” Evidently, poor transit can undermine many of these goals.

In some cities, maintenance backlogs are hardly news. For example, Kaufman notes that when Boston suffered record snowfall in 2015, “The city’s transit agency couldn’t run any subways, trolleys or commuter rail for days, and it took weeks for the subway to return to full service.” This led to the resignation of general manager Beverly Scott. The storm cost Boston’s transit system $40 million, as well as disrupting both businesses and riders.

As for Washington, DC, residents know Metro’s shortfalls well. “The transit authority has said it needs to shut down 20 stations (about one-fifth of the system) over the next three years in order to rebuild structurally deficient platforms,” notes Kaufman. In 2016, such problems led ridership to fall an astonishing 14 percent. In 2017, ridership fell another 3.4 percent.

Even at 3.4 percent, in 2017, Washington had the fifth-steepest decline of the six cities in the report. Philadelphia had a larger decline of 7.3 percent. As for the others, Chicago ridership fell 3.2 percent, Boston 3.1 percent, Atlanta 2.6 percent, and San Francisco 1.3 percent. Of the nation’s 10 largest cities, only Seattle, where ridership went up 3 percent, showed an increase. Of course, other factors like (relatively) cheap gas and the rise of Uber and Lyft affect these numbers. But maintenance backlogs that make transit less predictable are certainly a factor.

It should also be noted that while transit numbers have fallen recently, this is after two decades of ridership growth. The report notes that between 1995 and 2014, US public transit passenger miles increased from roughly 40 billion miles to 60 billion miles, before leveling off in 2015. In part, the current backlog is a result of maintenance not keeping pace with increased demand.

For the six featured cites, Duncan and his colleagues estimate the backlog costs as follows:

The report identifies what these numbers mean. For example, in San Francisco, current maintenance expenditures are $189 million a year, but $586 million a year over five years would be needed to resolve the backlog. And San Francisco is in better shape than many cities. It’s fortunate for the city of Philadelphia that its transit system (SEPTA or Southeastern Pennsylvania Transit Authority) raised its maintenance spending. Even so, Duncan and his colleagues note, “the age and condition of SEPTA’s existing infrastructure and the size of [its] backlog requires that the agency focus on existing services rather than on new opportunities and services.”

More broadly, Duncan and his colleagues contend, “it is essential for systems to secure a funding stream for their basic [maintenance] needs,” so that they can better serve communities.—Steve Dubb