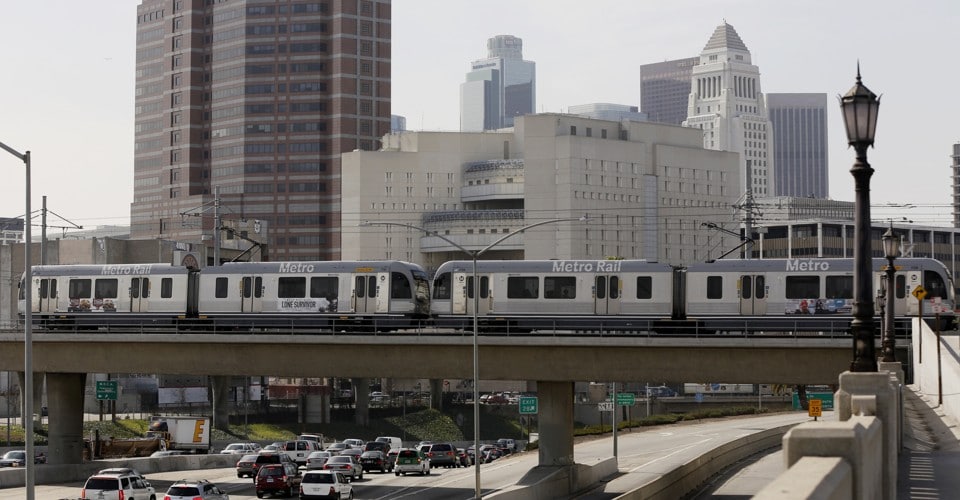 In October 2017, a study called “Complicating the Story of Location Affordability” appeared in the journal Housing Policy Debate. In it, the study authors Michael Smart and Nicholas Klein questioned one of the foundational assumptions about affordability in cities: the concept of location efficiency. This is the widely accepted understanding that those who live in dense, walkable neighborhoods that are well served by mass transit will be able to spend less money on transportation and thus reduce their overall cost of living.

In the study, the authors analyze a sample of movers, attempting to predict household transportation expenditure savings for those who relocate to places where commuters can access jobs by transit. According to their analysis, neighborhoods with relatively high access to transit do not systematically bring down transportation costs for families who move there. They write, “We conclude that the location affordability literature may significantly overstate the promise of cost savings in transit-rich neighborhoods.” CityLab’s Laura Bliss recently wrote up this study, with a headline that declared, “People in Transit-Rich Neighborhoods Don't Spend Less on Transportation.”

Much of the location affordability literature that this study concerns was the research done by us at the Center for Neighborhood Technology. We believe otherwise—namely, that there is a relationship between transit-rich neighborhoods and cost of living. What’s more, the study, while interesting, isn’t really about location efficiency.

Going back to the 1980s, peer-reviewed studies by the CNT and by the Natural Resources Defense Council have shown that, holding income and household size constant, neighborhood attributes predict vehicle ownership and use better than household income and size alone. A number of other studies have come to similar conclusions, many of which are collected in Housing Policy Debate’s special 2016 issue on location affordability. In one of those articles, Joanna Ganning and J. Rosie Tighe, both professors of urban studies at Cleveland State University, provide evidence that transportation improvements, especially pedestrian and biking infrastructure, “may be the most efficient approach to mitigating displacement” for low-income households in shrinking cities. Elsewhere, studies by Stephanie Rauterkus and her colleagues at the University of Alabama business school and David Goldstein at Natural Resources Defense Council have shown that location efficiency provides a metric for allocating investments in a smarter, more sustainable way.

Relatively recently, CNT has been able to map transportation costs and relate them to the characteristics of neighborhoods and the households living in them for the entire United States. Location-efficient communities are dense, vibrant, and have walkable streets. Our research has repeatedly tested how access to pedestrian facilities, transit, and other shared-mobility services, plus proximity to jobs and shopping, can drive transportation costs down by reducing car ownership and use. In these places, residents may find that owning and maintaining two cars (or even one car) can become an unnecessary expense because they can walk to a nearby store or take the bus to work. In a location-inefficient area, transportation choices dwindle: If you’re going to a job, taking a child to school, or picking up groceries, you have to use a car. And some households need two or three.

Location efficiency also allows us to guide how we preserve or build our neighborhoods. We’ve translated our research into the Housing + Transportation Index, a commonly used index of housing affordability that examines the ratio of housing costs to income. It has been used in determining mortgage qualifications, rent assistance qualification, and in setting goals for area housing affordability. Over the past decade, for almost half of American households, expenses rose faster than income, and our data provide information essential to helping keep household expenses within the ability to pay.

The savings promise is there; people often require time to adjust their daily lives to take advantage of it.

Lately, our research has been used to advance policies that reduce unnecessary parking in Seattle, the Bay Area, and in Washington, D.C.; to attain commitments to equitable Transit Oriented Development in Chicago, and to allocate cap-and-trade auction revenues to building affordable housing near transit in California communities. Into the future, we’ll continue to help people achieve location efficiency and related cost savings, through efforts that include updates to the Housing + Transportation Index, support for higher-quality local transit, support for retrofit of the built environment, and pushing for new construction that pays as much attention to where to build, as to what to build.

The study by Smart and Klein measures neither place attributes nor the typical costs experienced within the places respondents live. Instead, it measures changes in the quality of transportation available to households that moved from one neighborhood to another, based on the number and quality of jobs that are accessible within a 30-minute transit trip. It used data from a longitudinal survey of transportation spending from 11,000 families across income brackets and U.S. neighborhoods, between 2003 and 2011. The conclusion: The families moving to areas that measured high on their index of job accessibility by transit did not quickly change their behavior to take advantage of their new transportation choices and, thus, did not save much money.

This finding is interesting, but it does not indict the benefits of location efficiency. Rather, it is an observation of the behavior of individuals who moved to supposedly location-efficient areas, as identified by one measure of job access. And this one measure is not sufficient. For example, many transit stations were developed as park-and-ride facilities rather than as parts of completely connected communities. These places may score well on one criterion of jobs access, in that they allow residents to easily get to work via transit. But doing that still requires personal car ownership.

Other individuals who live in these areas may be making choices—perhaps choosing to maintain a vehicle, drive to work, and pay for parking—that fail to leverage their location efficiency to save themselves and their families money. But those choices still exist: Those who move to more efficient neighborhoods now have choices that would lower their cost of living, when before they did not. The savings promise is there; people often require time to adjust their daily lives to take advantage of it.

The study addresses this time factor by showing that, after 10 years, movers’ costs don’t change much. But we don’t know if they have accounted for changes in income, size, and the number of workers in the household during that time, and we don’t know much about where the movers are going to, other than the fact that there are lot of jobs that they can access there. Several other items about the study itself should be kept in mind, including a small sample size, an unadjusted data set, and its misleading focus on transit richness in terms of job access transit alone.

Furthermore, the authors’ claim in the paper that location efficiency literature tends to use statistics in favor of “real world data.” They state, “Existing location-efficiency metrics … calculate transportation expenses at arm’s length. These models produce rough estimates of car ownership, VMT and transit use, and then estimate expenditures as a function of the types of cars residents are likely to own, gasoline prices, and so forth.” They also assert their findings “make clear the difference between the tidy predictions and the messiness of reality.”

But that simply isn’t so. CNT’s approach to measuring location efficiency controls for household income, size, and commuters as reported by American Community Survey respondents for all 217,000 block groups, for which the Census Bureau collects over 11 million respondent records. CNT also uses data from the Longitudinal Employer-Household Dynamics database, the National Transit Database, and Consumer Expenditure Survey microdata. We collected odometer readings from millions of vehicles and calibrated the resulting vehicle-miles-traveled measures within the range of reports to the National Household Transportation Survey. We’re not just “guessing” how much annual travel is associated with households and neighborhoods—we’re using available measures and calibrating them. This independently reviewed research shows convincingly that people who live in location-efficient places own fewer automobiles, drive less, and take more transit than those in less-efficient neighborhoods.

So why did moving to “high transit” fail to increase affordability among those in the HPD study? This is a still-unresolved question that deserves deeper consideration. The authors’ hypothesis is that people who move find that when it comes to vehicle dependence, “breaking up is hard to do.” For whatever reason, they choose not to take advantage of the increased affordability of their neighborhood. Despite the study’s title, “Complicating the Story of Location Affordability” doesn’t really shed more light on the affordability of place. It merely suggests that movers to transit-rich neighborhoods don’t automatically spend less on transportation. That finding does raise another set of worthy questions: Let’s find out why.