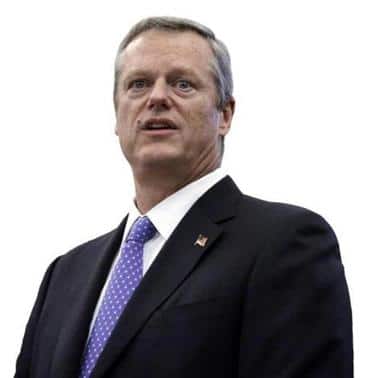 Affordable housing advocates were cheered Thursday when Governor Charlie Baker signed a bill authorizing $1.8 billion in new housing funds over the next five years. The measure will renew and expand funding for a variety of housing programs, including money to redevelop public housing and tax credits that boost new low-income housing development and historic preservation. The Baker administration had warned that funds for some of these programs — established through a $1.4 billion bond bill passed in 2013 — could soon run out. The measure, which will be paid for through state bonds, easily passed the House and Senate earlier this year, and a final vote was taken in both houses last week. Housing advocates say the money will finance thousands of new units of affordable housing in Massachusetts. Another bill filed this year by Baker, which would ease zoning rules to enable more housing developments, remains tied up in legislative committees. — TIM LOGAN

Boston Beer Co., the brewer of Sam Adams and other popular alcohol brands, has agreed to pay New York nearly $1 million to settle charges that it failed to register its product labels with the state, officials said Thursday. The New York State Liquor Authority, or SLA, said it notified Boston Beer in February 2016 that its distribution subsidiary in the state had received a required label approval for just one product, Summer Blueberry Twisted Tea. Alcohol makers or their distributors are typically required to have the labels of their products approved by local authorities, to help track sales or recalls, and to keep counterfeits or knockoffs from the market. The SLA said the company promised to remedy the problems, but did not, prompting an investigation that found Boston Beer had sold 1.4 million cases of beverages, including Angry Orchard and Sam Adams products, in New York without submitting its labels for approval. “It was a little bit odd to us,” said SLA spokesman Bill Crowley. “They said they were working on it and we just never heard back from them.” The company has agreed to pay $975,000 to settle the case, the SLA said. In a statement, Boston Beer said it discovered a “clerical” error resulted in the company failing to register some products with the SLA, and that it worked with the agency to “renew the lapsed registrations and were recently made aware of the final settlement.” — DAN ADAMS

Sears to close 63 more stores, including Peabody and Springfield locations

Sears will close another 63 stores, including stores in Peabody and Springfield, as sales plunge and losses grow. The beleaguered retailer said that it has identified about 100 stores that are no longer turning a profit, and the majority of those locations will be shuttered soon. Sears lost $424 million, or $3.93 per share, for the period ended May 5. — ASSOCIATED PRESS

Long-term mortgage rates fell this week, breaking a steady climb that pushed them to their highest levels in seven years. Mortgage buyer Freddie Mac says the average rate on 30-year, fixed-rate mortgages was 4.56 percent, down from 4.66 percent last week. Amid the peak home-buying season, the average benchmark rate has been running at its highest levels since May 2011. By contrast, the 30-year rate averaged 3.94 percent a year ago. The average rate on 15-year, fixed-rate loans dipped to 4.06 percent from 4.15 percent last week.
— ASSOCIATED PRESS

Three years ago, Facebook was the dominant social media site among US teens, visited by 71 percent of people in that magic, trendsetting demographic. Not anymore. Now, only 51 percent of kids between 13 and 17 use Facebook, according to Pew Research Center. The world’s largest social network has finally been eclipsed in popularity by YouTube, Snapchat, and Facebook-owned Instagram. Alphabet Inc.’s YouTube is the most popular, used by 85 percent of teens, according to Pew. — BLOOMBERG NEWS

No takers for India’s flagship airline

Consumer
spending up
0.6 percent in April

Americans boosted their spending by 0.6 percent in April, the biggest increase in five months, while a gauge of inflation remained at the Federal Reserve’s optimal level for a second straight month. The Commerce Department said Thursday that last month’s increase in consumer spending was the largest increase since a 0.7 percent rise last November. The gain is an encouraging sign that consumer spending is beginning to show life after nearly stalling out at the beginning of the year. — ASSOCIATED PRESS

Walmart is unveiling a $50-a-month membership service that lets harried shoppers use text messages to order items to be home-delivered. Jetblack marks the latest effort by the nation’s largest retailer to cater to higher-income shoppers. It’s being tested in Manhattan and parts of Brooklyn. The service will offer same-day and next-day delivery at no extra charge. It allows shoppers to order everything from birthday gifts to household essentials based on curated shopping recommendations. The everyday items will be sourced from Walmart and Jet.com. For specialty items, Walmart is working with stores like Pottery Barn and Saks Fifth Avenue. — ASSOCIATED PRESS

Deutsche Bank AG’s US business was put on a Federal Reserve list of problem banks and added to a group of troubled lenders monitored by the country’s deposit insurance regulator, according to a person familiar with the matter, compounding the challenges for new chief executive Christian Sewing (right). The Federal Deposit Insurance Corporation has added Deutsche Bank’s federally insured US business to a list of banks with weaknesses serious enough to endanger their financial viability, the person said Thursday, confirming reports by the Financial Times and The Wall Street Journal. The Fed’s decision dates from a year ago, according to the Journal. — BLOOMBERG NEWS

The huge installations United Airlines uses to prepare and cook in-flight food recently got a new addition: some television screens. But rather than just providing news or talk show chatter, they broadcast messages explaining why workers shouldn’t unionize. Employees at all five of United Continental Holdings Inc.’s kitchens in the United States said the screens, installed this year, broadcast a company line urging opposition to hospitality union Unite Here, which is seeking to organize its workers, or touting United’s achievements. In a complaint filed Thursday with the National Mediation Board, Unite Here alleged United has illegally prevented employees from engaging in prounion activity and subjected prounion employees to surveillance, harassment, and retaliation. United called the union’s allegations “baseless,” saying it “respects our employees’ rights to decide whether they want to be represented by a union.” — BLOOMBERG NEWS