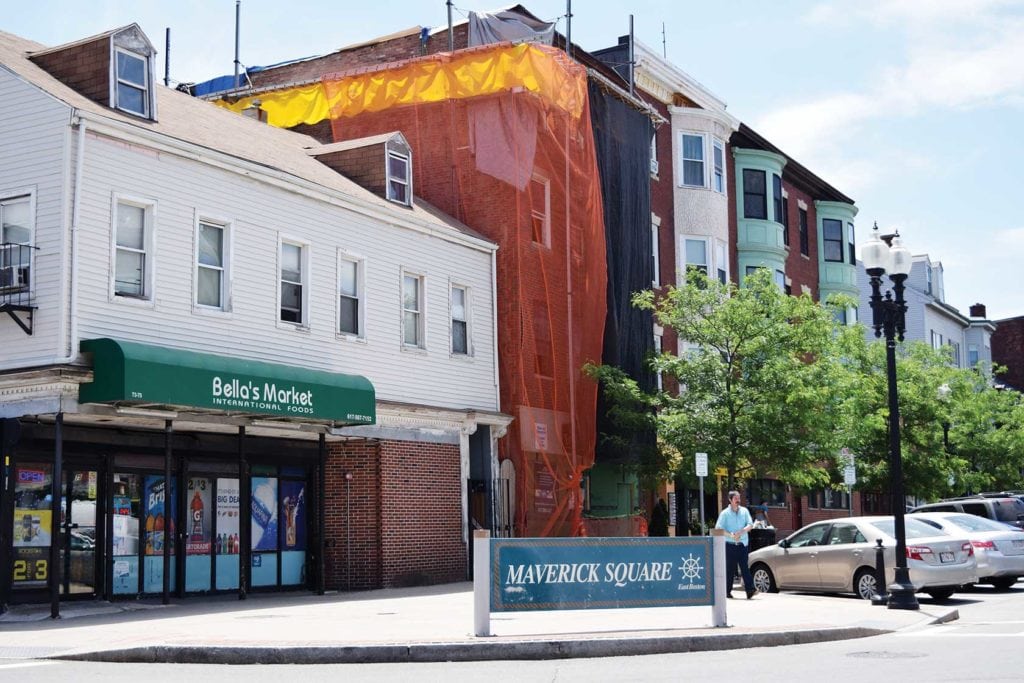 Eastie among other areas to join initiative

Mayor Martin Walsh’s office, in partnership with the Boston Planning and Development Agency, announced last Wednesday that it will launch new planning initiatives this year in Mattapan, East Boston, Downtown and Newmarket.

As a continuation of neighbor-hood planning already in the works for Jamaica Plain, Roxbury and other neighborhoods, the new plans will also be an extension of the mayor’s Imagine Boston 2030 plan to “preserve wisely, enhance equitably and grow inclusively,” according to a city press release.

“These five new planning processes represent a continuation of our commitment to fulfill the individual needs of each neighborhood that both preserve the distinct historic character and allow for us as a community to plan together for our bright future ahead,” said Walsh in a press release.

According to the announcement, PLAN: Mattapan will work with the community to identify needs and opportunities for improvements in economic development and the creation of transit-oriented, affordable and market-rate housing while preserving the neighborhood’s character.

PLAN: East Boston will also work with the community to address increased development pressures and determine a shared vision for the future of the neighborhood. Community discussion will focus on preservation of the existing residential fabric, enhancement of existing residential communities and businesses, anti-displacement strategies for residents and businesses, connectivity along the waterfront, mobility and flood protection, and climate resiliency.

State Rep. Russell Holmes, whose district includes parts of Dorchester, Mattapan, Hyde Park, Roslindale and Jamaica Plain, said in a phone interview with the Banner that this planning initiative “is exactly what we’ve been asking for for years, that Mattapan should never be left out of all the development that includes community input.”.

Holmes said that the neighborhood will benefit by being involved in “a holistic plan on how the city should look with a thorough process where the community says what they are looking for, before the developers show up.”

City Councilor Lydia Edwards, who represents Charlestown, the North End and East Boston, said she is pleased to hear that the mayor is moving forward with a planning initiative in East Boston, something she called a hearing on earlier in the year.

“The time is now and we have a wonderful opportunity in East Boston to really demonstrate what community-led development is, and I hope as a city we don’t squander it,” she said.

Edwards added, “I hope the community will be leading, and not reacting to a plan that’s already been done.”

Creating a plan for the neighborhood should prioritize middle-income families being able to afford to stay in the area, as well as look more closely at climate change preparedness, said Edwards.

“We are growing very fast and in order to grow in a sustainable way, we have to see ourselves as stewards of our waterfront. The development needs to be responsive to that,” she said.

Edwards said she believes the neighborhood needs a plan for the 100 acres of land at Suffolk Downs, a previously proposed site in the city’s bid for Amazon’s second headquarters. “We need to get ahead of that project and push for affordable housing there,” she said, noting that the swath of land could potentially fit up to 10,000 units of housing.

“All the vacant lots along the Fairmount Line should be looked at because we know folks are going to be more attracted there with the commuter rail line improvements,” he said.

“Mattapan residents have been waiting a long time for a planning process for our neighborhood, particularly Mattapan Square,” she said. “We want a robust, vibrant business district, with a diversity of businesses, great jobs, healthy food options, and spaces that provide opportunities for neighbors to connect and work, such as restaurants and coffee shops.”

Her statement said, “My priority is making sure residents are part of the process and that their voices are heard.”

The initiative for Downtown Boston will include a planning study, and the initiative for the Newmarket area, located on the Fairmount line, will build on the historic industrial use of the neighborhood while exploring the potential to encourage commercial job growth for local residents.