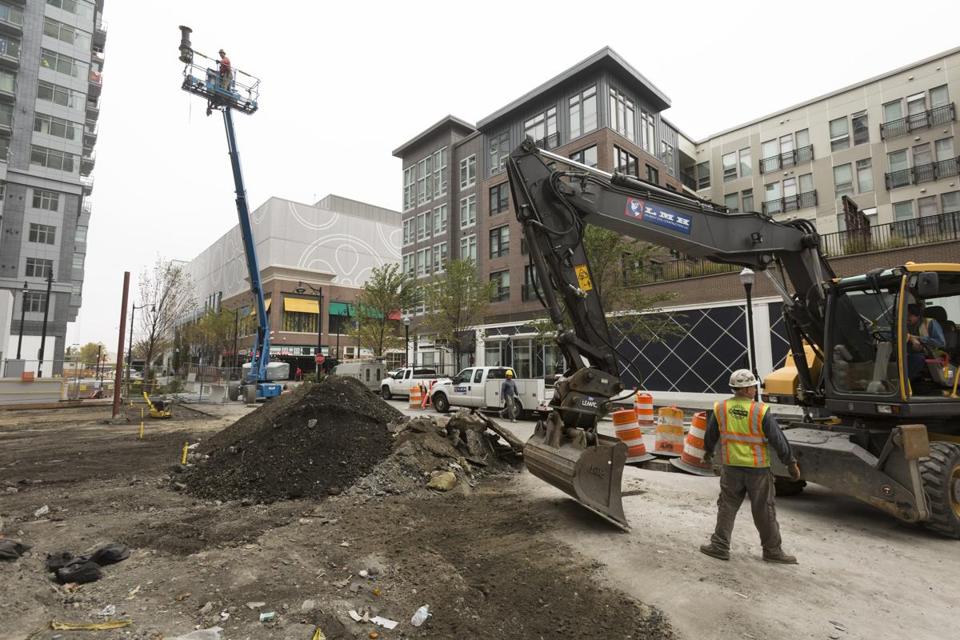 
The economy’s booming. Some states have raised minimum wages. But even with recent wage growth for the lowest-paid workers, there is still nowhere in the country where someone working a full-time minimum-wage job could afford to rent a modest two-bedroom apartment, according to an annual report released Wednesday by the National Low Income Housing Coalition.

Not even in Arkansas, the state with the cheapest housing in the country. One would need to earn $13.84 an hour — about $29,000 a year — to afford a two-bedroom apartment there. The minimum wage in Arkansas is $8.50 an hour.

Even the $15 living wage championed by Democrats would not make a dent in the vast majority of states.

Massachusetts, where the minimum wage is $11 an hour, ranks as the sixth most expensive state, with a wage of $28.64 needed to afford a two-bedroom apartment ($59,571 a year). And in the Boston-Cambridge-Quincy metropolitan area, nearly five dollars an hour more is needed than the state figure, at $33.46 ($69,600 a year).

It gets even worse in other metropolitan areas. San Francisco, Marin and San Mateo counties top the list of most expensive jurisdictions, where one would need to make $60.02 an hour to afford a modest two-bedroom apartment.

‘‘The housing crisis is growing, especially for the lowest-income workers,’’ said Diane Yentel, president of the National Low Income Housing Coalition. ‘‘The rents are far out of reach from what the average renter is earning.’’

Downsizing to a one-bedroom apartment will only help so much.

According to the report, a one-bedroom is affordable for minimum-wage workers in only 22 counties in five states: Arizona, California, Colorado, Oregon and Washington. Those states all set their minimum wages higher than the federal minimum of $7.25.

In Massachusetts, renters would need to make $23.15 an hour to afford a one-bedroom, the report said. In the Boston-Cambridge-Quincy metropolitan area, that rises to $27.33.

Nationally, one would have to earn $17.90 an hour to afford a modest one-bedroom apartment or $22.10 an hour for a two-bedroom rental. That’s based on the common budgeting standard of spending a maximum of 30 percent of income on housing.

The report estimates that renters nationally make an average of $16.88 an hour. That means even those making above minimum wage struggle to afford rent.

Housing costs have continued to rise with growing demand for rental housing in the decade since the Great Recession. At the same time, new rental construction has tilted toward the luxury market because of increasingly high development costs, the report said. The number of homes renting for $2,000 or more per month nearly doubled between 2005 and 2015.

‘‘While the housing market may have recovered for many, we are nonetheless experiencing an affordable housing crisis, especially for very low-income families,’’ Sen. Bernie Sanders, I-Vt., said in the report.

The low-wage workforce is projected to grow over the next decade, particularly in service-sector jobs such as personal-care aides and food-preparation workers.

Meanwhile, the Trump administration has tried cutting federal housing subsidies for the lowest-income Americans. As it stands, only 1 in 4 households eligible for federal rent assistance gets any help, the report said. Housing and Urban Development Secretary Ben Carson recently proposed tripling rent for the poorest households and making it easier for housing authorities to impose work requirements on those receiving rent subsidies.