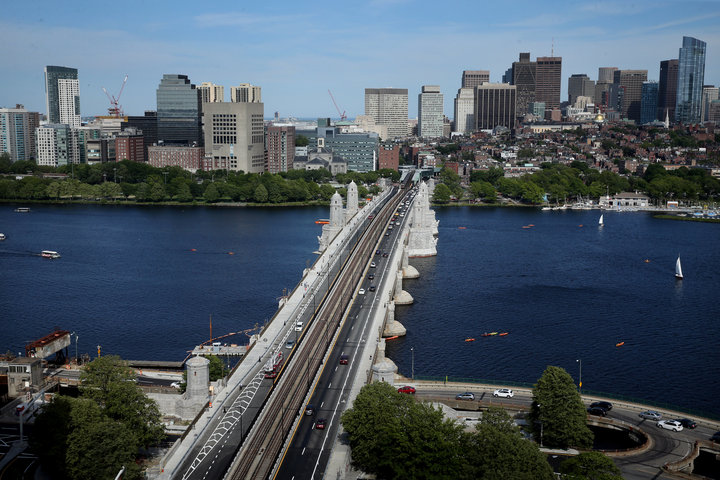 These disparities are evident in every state, including Massachusetts, where residents have remarkable access to high-quality health care. The commonwealth has the most primary care physicians per 100,000 residents in the nation and the lowest rate of uninsured residents of any state, with less than 3 percent of the population without coverage.

Yet, comparing just two Massachusetts counties — Middlesex and Suffolk — shows that in a state so rich in health care resources, health outcomes for some can still be shockingly poor. Middlesex County, including Boston’s northern suburbs is one of the healthiest counties, while bordering Suffolk County, containing Boston proper, is one of the least healthy.

Relative health tracks relative wealth. Middlesex is one of the wealthiest counties in the state, with the highest median household income. In part, its affluence owes to the fact that over 80 percent of Middlesex residents have some college education, 10 percentage points higher than the state average. County rates of teen birth and violent crime — further reflections of socioeconomic advantage — are below average.

In Suffolk County, however, the prevalence of residents with some college education is 10 percentage points lower than in Middlesex. Additionally, children are two times more likely to live in poverty in Suffolk than in the rest of the state, and rates of teen birth and violent crime are above average.

This pattern — one of health divides mirroring social divides — flourishes on an even more local level, within Boston. Health insurance coverage is nearly universal in the city and there are few barriers to accessing care. Still, the premature death rate doubles as you ride the metro a few stops across town. The prevalence of diabetes jumps 9 percentage points between neighborhoods only a few miles apart. Black residents also shoulder much of the disease burden within the city, with higher rates of preterm birth and hypertension and more frequent emergency department visits for asthma and violence-related care.

Health insurance coverage is nearly universal in the city and there are few barriers to accessing care. Still, the premature death rate doubles as you ride the metro a few stops across town.

A Boston Globe Spotlight series on racism and inequality in Boston highlighted the socioeconomic disparities within the city. The unemployment rate for black Boston residents is twice as high as for white residents, and the median net worth of their households is a small fraction of their white neighbors’.

These data suggest what many studies support: Socioeconomic factors — such as income and race or ethnicity — influence health, perhaps even more so than access to health care.

Encouragingly, nationwide efforts to acknowledge this have gained traction in the past decade. The Ceres Community Project is part of a California study to provide daily nutritious meals to cancer patients within the state’s Medicaid population. In Ohio, Nationwide Children’s Hospital partners with Community Development for All People to help fund its affordable-housing initiatives, including rehabilitating run-down housing units.

Massachusetts has recently taken a few tentative steps toward acknowledging this as well.

The important next step will be to invest newly available resources back into social needs. There are already promising ideas for how to effectively do so. For example, a recent study in Health Affairs examined the health impacts of a weekly meal-delivery service for elderly Boston residents enrolled in both Medicare and Medicaid. Individuals who received dietitian-tailored meals, such as soft foods or low-cholesterol, had fewer inpatient admissions than those who did not receive meals. Even more broadly, individuals who received any type of meal delivery — tailored or not — had lower medical spending and fewer emergency department visits than those who did not receive meals.

As another example, Boston Medical Center, the city’s primary hospital for underserved and underinsured residents, recently announced it would invest $6.5 million into affordable housing initiatives throughout the city. The hospital now asks patients about housing needs and refers them to community housing programs when necessary. It will begin investing in these community programs directly. Funds are also allocated to homeless housing initiatives and public housing renovation efforts. The positive impact of stable housing on health is well documented and has long been a rallying cry of public health experts.

This potential state policy shift toward a more holistic approach to health is encouraging. As the national conversation continues around exploring social and environmental solutions to America’s health needs, Massachusetts shows its determination to remain among the leaders. Through policy change and direct community investment, the country is on the verge of redefining health.