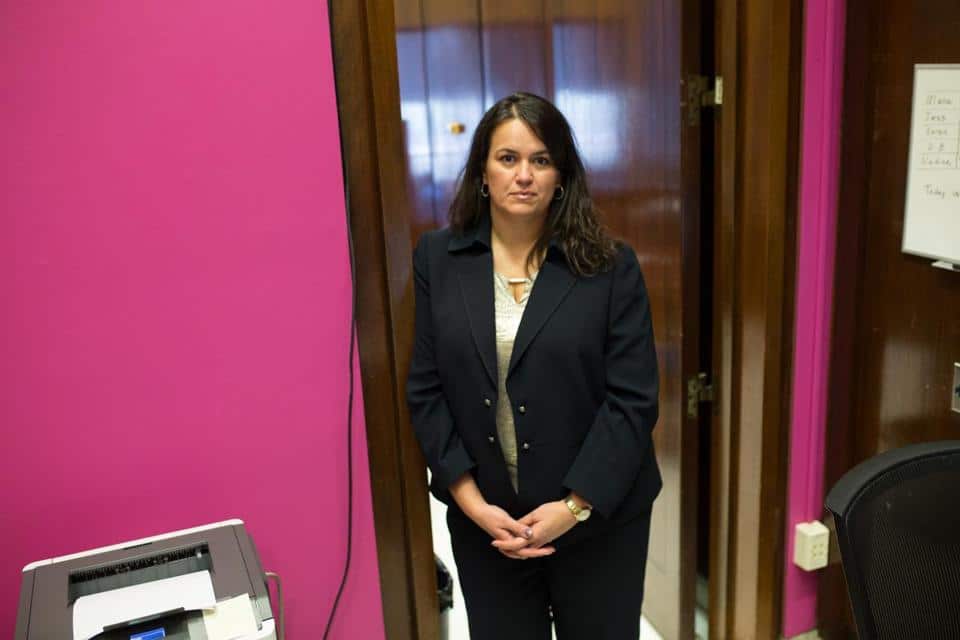 
Despite Boston’s massive housing crunch and rents that are some of the nation’s highest, hundreds of new affordable housing units may be sitting empty as city officials work to find tenants.

That’s according to City Councilor Annissa Essaibi-George, who said as many as 839 apartments for low- and middle-income residents may be vacant. On Wednesday, she called for a hearing on the issue.

She and some developers said the sometimes monthslong vacancies result from a complex process for screening tenants and awarding the prized units —and from a city bureaucracy that is understaffed for the current building boom.

Apartments classified as affordable often rent for hundreds of dollars a month below market rates.

“We need to do better,” Essaibi-George said. “We need to streamline this process and bring it into public view. We need to understand what’s broken and how we can fix it.”

The Walsh administration quickly pushed back. saying that most of the 839 apartments the councilor cited are under construction. But City Hall agreed the process for awarding apartments has become bogged down in paperwork and pledged to beef up staffing to handle the backlog.

“Yes, it has at times taken months for units to get filled,” said Sheila Dillon, Walsh’s housing chief. “We want to make sure that they are occupied as soon as they’re ready.”

The debate highlights the complex mechanics of creating affordable housing in Boston. The city requires 13 percent of the units in most new buildings — and more in some neighborhoods — to be rented or sold at prices deemed affordable to lower- and middle-income residents.

The program has created about 1,400 units of housing since 2014, with nearly 800 more under construction.

Those units are typically marketed and leased by the buildings’ developers and property managers, but the process is overseen by the city’s Office of Fair Housing and Equity, which reviews marketing plans and supervises lotteries for the units that sometimes draw hundreds of applications.

And despite a surge in the number of both apartments and applications, Fair Housing, Dillon said, has the equivalent of just 1½ full-time staffers assigned to the task.

“That’s insufficient,” she said. “I’m not going to sugarcoat it; this needs additional resources.”

So starting next week, Dillon said, the Department of Neighborhood Development, which she heads and which runs most of the city’s affordable housing programs, will take over and add several staffers. “We’re going to work our way through the backlog,” she said. “And we’re going to set up systems so this doesn’t happen again.”

That would be welcome news to developers, some of whom have grumbled — privately, so as not to alienate City Hall — about a system that pushes them to build affordable housing but then often takes a long time to fill it.

If even 100 units are sitting empty for bureaucratic reasons, that’s too many, said David Begelfer, president of NAIOP Massachusetts, a real estate trade group.

“This is not rocket science here,” he said. “If we’re talking about filling out forms and a process, there are certainly ways to do it faster and more efficiently.”

Housing advocates said that they, too, have heard from people frustrated by a system that seems to have a difficult time connecting new apartments with people who need them.

“This seems like something that should be solvable,” said Joe Kriesberg, president of the Massachusetts Association of Community Development Corporations. “No doubt, there’s demand.”

That’s the point, Essaibi-George said: Given how many Bostonians struggle to pay rent, every affordable apartment should be available as soon as possible.

“Of course it takes a little time,” she said, “but we have a pipeline of ready and qualified tenants waiting for this housing. We need to figure out a way to get it to them faster.”