Home / Housing News / These Massachusetts three-deckers were built to house working-class families; Can they still? 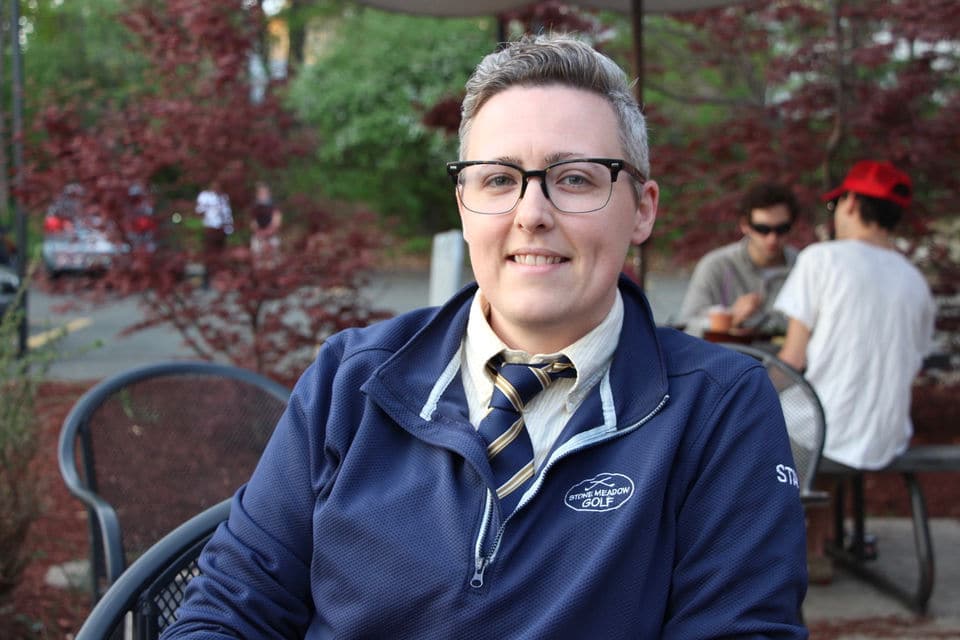 When Worcester was a booming industrial city at the turn of the 20th century, three-decker homes were built to house working-class families near the factories.

The dwellings provided an affordable place for workers -- many of them immigrants -- to live, while staying away from "tenement" style apartments. With their ability to house multiple families, three-deckers made economic and social sense.

Some even consider Worcester the epicenter and birthplace of triple-decker construction, according to the New England Historical Society. The distinctive homes made up half of all building construction between 1890 and 1900 in Worcester.

Today, 4,000 of the city's original 6,000 three-deckers remain -- scattered throughout the Worcester landscape in some areas and densely clustered in others, like the Vernon Hill and Grafton Hill neighborhoods.

But what role do the ubiquitous structures play in Worcester today?

With the city in the midst of a renaissance of dining, entertainment and culture, the purpose that three-deckers serve is changing.

A new generation of tenants

During the early part of her life, Amy Skrzek lived in several of Worcester's triple-deckers.

Both her mother and father's side of the family owned buildings, which they occupied through the early 1990s.

"When we moved out we would still go back every weekend to my grandma's every Sunday," she said. "It was always like a community feel, and it wasn't until I got a little older in high school that I realized there was kind of negative connotation to them."

She went to high school at Holy Name, where she realized others -- especially those from outside the city -- thought of three-deckers as "dirty" or "grimy."

But today, the 33-year-old realtor says three-deckers are the perfect solution for cash-strapped millennials looking to earn a passive income. She's currently saving up to buy one with her partner.

"My personal opinion is three-deckers would be perfect for millennials in terms of purchasing a home because they're relatively affordable in gateway cities while also earning an income for a class of people that tend to be underpaid," she said, adding, "I just see it as we're already living in that type of environment anyways, why not own and invest in them properly and invest long-term, not only in that type of building style, but in Worcester."

Skrzek has always lived in Massachusetts but left Worcester for a period of time. Recently, she decided to move back.

The three-deckers Skrzek grew up in are no longer occupied by her family. They've either been sold or are rented out -- which Skrzek said seems to be a common practice in Worcester.

"it seems to be more of high turnover and then I really don't get the impression, and I could be wrong, that a lot of people who live in the buildings own them," she said.

'Complicating the original roles of triple-deckers'

Rhode Island filmmaker Marc Levitt's fascination with triple-deckers began with his interest in immigrant history. He is now working on a documentary called "Triple decker; a New England Love Story."

"I have been amazed about how many people in Worcester respect the heritage of triple-deckers and how important they consider triple-deckers to the evolution of their city," he said.

Today, Levitt says the buildings' purpose is changing. Although some agencies are fixing up triple-deckers to provide affordable housing to residents, other buildings are being turned into condominiums.

"It's complicating a lot of the original roles of triple-deckers, they're no longer affordable as each flat is selling for huge amounts of money, but they also are a part of our privatized world so each floor, while close to the two other floors, nonetheless the relationship between neighbors is much less sort of family and close friends and much more of semi-isolated type of apartment living," he said.

"It sort of goes against the original plan for the three-deckers in that they were a housing option for people of lower to middle means," she said.

Some of Worcester's three-deckers -- like the colorful homes across from Elm Park -- are so beautiful that they show up on Pinterest.

But in other areas of the city, they're deteriorating. Many have had their original features covered with vinyl siding, porches enclosed and other aesthetic alterations.

"The other danger to these structures is fire, if you do a quick search on the internet you'll come up with 10 to 20 different stories in the past few years," Levitt said, adding the homes' wooden construction makes them particularly vulnerable.

During his Inaugural Address in January, Worcester Mayor Joseph Petty said the city must develop a comprehensive plan to address its deteriorating three-deckers.

"In every city across the commonwealth, three-deckers are the most problematic properties for both safety, fire safety, public health and code violations," he said. "Our downtown core is coming to life, but our triple-decker neighborhoods have not seen a corresponding increase in investment."

The home that Jenn Falcon rented on Stanton Street was one such triple decker. The building, which was falling into disrepair, was purchased by a local developer and Falcon and her neighbors were given five months to find a new place to live.

"It is an old building, it does have problems but we learned how to take care of things, we all helped each other out," Falcon said.

Worcester-based Sustainable Comfort Inc. is renovating the 1917 building with the goal of providing workforce housing. The developer plans to retrofit it with environmentally-friendly amenities, according to an article on high-profile.com

But Falcon said she sees that type of redevelopment as "greenwashing" and an excuse to evict residents and jack up the rent.

She said Worcester's three-deckers and the people that have traditionally lived in them are an essential piece of the city's character.

"They're the history, and If you just turn them into all the same thing and if you put rich people in them from Boston, then it's not Worcester anymore," she said.

Skrzek said she would love to come up with a way to incentivize owner-occupied three-deckers, but doesn't know what the solution is just yet.

"Is it creating some sort of tax incentive to be owner occupied and what is it that we can do to encourage more homeownership in terms of people living in the homes, renting out properties, kind of like the old school way?" she said.

In Boston, a study has found that three-deckers may be better investments than hedge funds.

Economist Barry Bluestone, who co-authored the Greater Boston Housing Report Card, prepared by Northeastern University's School of Public Policy and Urban Affairs for the Boston Foundation, says rents in the city are rising but have shown signs of stabilization.

And homeownership is down as young people are staying out of the market and prices rise.

The state's economic growth keeps housing costs high, as young adults flock to the region and the numbers of retiring Baby Boomers are growing fast. The increase in the area's population, employment numbers and households is far outstripping the supply of new housing.

Bluestone attributed prices of triple-decker homes to the extraordinarily high demand for these units by graduate students, medical interns and other young professionals.

He said that since at least 2009, the region is seeing rent stabilization, in part due to new construction. But even at the stabilized price, average annual rent is now $35,500 a year.

"We're now seeing housing prices actually rising faster in the communities that had the lowest priced housing, as the pressure on the housing market grows," he told MassLive in November.