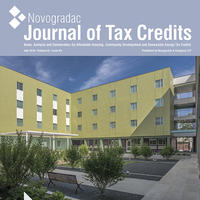 
When President George W. Bush signed the Housing and Economic Recovery Act (HERA) of 2008, it was the worst of times; it was the best of times: The U.S. economy teetered on the brink of disaster, but the low-income housing tax credit (LIHTC) got its biggest boost since 2000.

“There was a lot of excitement about it, both substantively and about the idea of getting Congress to approve so many provisions,” said Buzz Roberts, the president and CEO of the National Association of Affordable Housing Lenders, who was a senior vice president at the Local Initiatives Support Corporation at the time. “We got [support from] Democrats and Republicans, the House and Senate. It was a tremendous achievement that showed how highly the credit was regarded.”

HERA was enacted July 30, 2008–10 years ago this month. The sweeping legislation was designed to avert a subprime mortgage crisis that shortly thereafter would overtake government-sponsored enterprises (GSEs) Fannie Mae and Freddie Mac, but also included many other provisions. Included were roughly two dozen significant provisions to improve the LIHTC.

“We needed to look at what had been done on the tax credit over time and the gaps that existed,” said David Gasson, vice president and director of communications at Boston Capital and the executive director of the Housing Advisory Group. “In 2000, there was a per-capita increase, but that was the last major legislation to address the tax credit program and the list of proposed changes since then was substantial.”

HERA temporarily increased state LIHTC allocation authority from $2 to $2.20 per capita, plus a temporary 10 percent increase in the small state minimum. HERA created a minimum 9 percent rate through 2013. It allowed states to designate 9 percent properties as difficult development areas and get a 30 percent basis boost. It allowed taxpayers to use LIHTCs against their alternative minimum tax (AMT) liabilities. That was just the start.

“It was really the culmination of years of work, where the industry worked to make changes to the program and simplify aspects,” said Bobby Rozen, a retired partner with Washington Council Ernst & Young, former staff for Sen. George Mitchell, D-Maine, and a legendary figure in the affordable housing world. “We’d been working as an industry on the various issues and kept expecting something, so it was fortuitous that it came together and had a vehicle because Congress had to deal with the GSEs.”

HERA addressed the subprime mortgage crisis, reformed the regulator of Fannie Mae and Freddie Mac, authorized the Federal Housing Administration to guarantee up to $300 billion in new 30-year fixed-rate mortgages for subprime borrowers, created the Neighborhood Stabilization Program, and authorized the creation of the Housing Trust and Capital Magnet Funds. It was intended to restore confidence in Fannie and Freddie, but included provisions that came after years of work by the affordable housing industry.

“In 2003 and 2004, [the National Council of State Housing Agencies] created a housing credit tax force from the state housing agencies,” said Peter Lawrence, director, public policy and government relations at Novogradac Consulting LLP. In 2008, Lawrence was senior director of public policy and government affairs at Enterprise Community Partners. “[State housing agencies] were asked to examine the program and asked, ‘if you could pass one thing, what would it be?’ We had a list of various proposals and reached out to Congress to get it drafted up and advanced.”

To understand how HERA ultimately happened, it’s instructive to understand the politics of 2008.

Politics of the Deal

In 2006, Republicans controlled the House, Senate and presidency. In that year’s midterm election, control of Congress flipped to the Democrats and everything changed in 2007.

“The Ways and Means and House Financial Services committees were then headed by [Reps.] Charlie Rangel and Barney Frank, who were the two biggest supporters of the housing credit in Congress,” Lawrence said.

The politics and the economic crisis created a situation where HERA became the vehicle for LIHTC legislation.

“It was both a reflection of what was going on and a reflection of years of work,” said Stockton Williams, the executive director of NCSHA, who also was with Enterprise in 2008.

“It was absolutely an amalgam of the things that needed to be done,” said Mary Tingerthal, commissioner of the Minnesota Housing Finance Agency, who then was an executive with the Housing Partnership Network. “There were various groups that worked together for years and finally had a vehicle.”

As the subprime mortgage crisis worsened, HERA passed the House with a margin of 272-152, the Senate by a 72-13 vote and was signed into law by President Bush. While the headline provisions for the LIHTC portion were the temporary 10 percent allocation increase and the temporary 9 percent floor, there is plenty of diversity of opinion over the most important LIHTC provision.

“AMT relief was a significant issue,” Gasson said. “It alleviated some of the hindrance for institutions investing in the tax credit.”

“I think HERA was critical in establishing a minimum 9 percent rate for the first time, not only because it made more projects viable, but because of the precedent it set,” said Emily Cadik, executive director of the Affordable Housing Tax Credit Coalition.

“When it came out, people loved to hate it but it was an important tool,” Tingerthal said. “There hadn’t been any data before about people living in LIHTC [properties]. While it’s an ongoing irritation that HUD hasn’t done as much as we would like with that data, it continues to make the case to continue the tax credit by showing who it serves.”

Others cited states’ ability to provide 30 percent basis boost, new regulations about federal grants and subsidies and more. Ultimately, the breadth of the legislation was its strength.

“It was such a large and substantial piece of legislation,” Williams said. “There were a lot of technical items designed to address specific issues in the housing market and local communities. Others were in some respects a continuation of efforts to advance established policies like the housing credit.”

HERA kicked off a busy legislative time as the economy worsened. Two months later, the Emergency Economic Stabilization Act of 2008 passed, allowing Treasury to acquire up to $700 billion of mortgage-backed securities along with several other provisions. Four months later, the American Recovery and Reinvestment Act of 2009 (ARRA) passed, creating the Section 1602 Tax Credit Exchange and Tax Credit Assistance Programs to finance developments without investment and enable stalled ones to close.

Those were all in the future when HERA passed.

“We didn’t envision losing 40 percent of the [LIHTC investment] market [when Fannie and Freddie left the market in late 2008],” Rozen said. “We weren’t focused on the collapse of the equity markets and the financial markets. We were extraordinarily focused on the housing credit.”

A decade later, HERA stands significant. “Although it was not clear at the time, ultimately HERA was more consequential long-term than [ARRA],” said Mark Shelburne, a senior manager at Novogradac Consulting LLP, who was a counsel and policy coordinator at the North Carolina housing Finance Agency in 2008. “The agency-designated basis boost and 9 percent minimum alone have made a substantial difference.”

“It was a significant housing bill and had been a long time coming,” Gasson said. “It set the stage for what we hope to do next year if the mid-term elections result in affordable housing issues again being in the advantageous position. A substantial housing bill in the 116th Congress would build on everything accomplished from HERA to the present day. It’s a continuation of a success story.”

“One of the lessons learned in 2008 was that housing credit legislation can be more widely appealing when it includes a broad set of provisions,” Cadik said.

“The [Senate and House version of the bill], are both in the HERA mold,” Roberts said. “We have again been working for years [on improvements]. … It’s a similar set of issues. Some are large, some are small, but each is part of a consensus. There’s a lot for a lot of people to like.”

With another midterm election in November, there is a chance for history to repeat: one or both houses of Congress could flip to Democrat control, paving the way for extensive housing legislation.

“When you have legislation you want to get done, you work on it and the way Congress works, you rarely pass a bill as it is,” Rozen said. “You wait for a vehicle, which is sometimes beyond your control. … It worked out well with Rangel as chairman and now it could be [Democrat Rep.] Richie Neal, who is the No. 1 supporter of the credit in the House.”

Not everyone is so optimistic.

“It was such a different time then,” Tingerthal said. “As we talk to our congressional delegation, the liberals are terrified at opening up a housing bill for fear of the damage that could be done. … It’s frustrating that everybody in affordable housing knows some things that need to be fixed, but can’t get it done.”

“It’s been an amazing 10 years since then,” Roberts said. “The bill, in some ways, got eclipsed because we went down a very steep hill and as a result of the crisis, a lot of traditional investors in the credit pulled out. It was harder to keep everything together in 2009, but we got things done then partly because of the goodwill earned in 2008.”

HERA showed the value of teamwork.

“The most important lesson learned was the need for all LIHTC interest groups to work together,” said Shelburne. “Making something happen in Washington is always difficult, and the only hope is if everyone has the same message.”

“I think it would be hard to overstate how important HERA was,” she said.