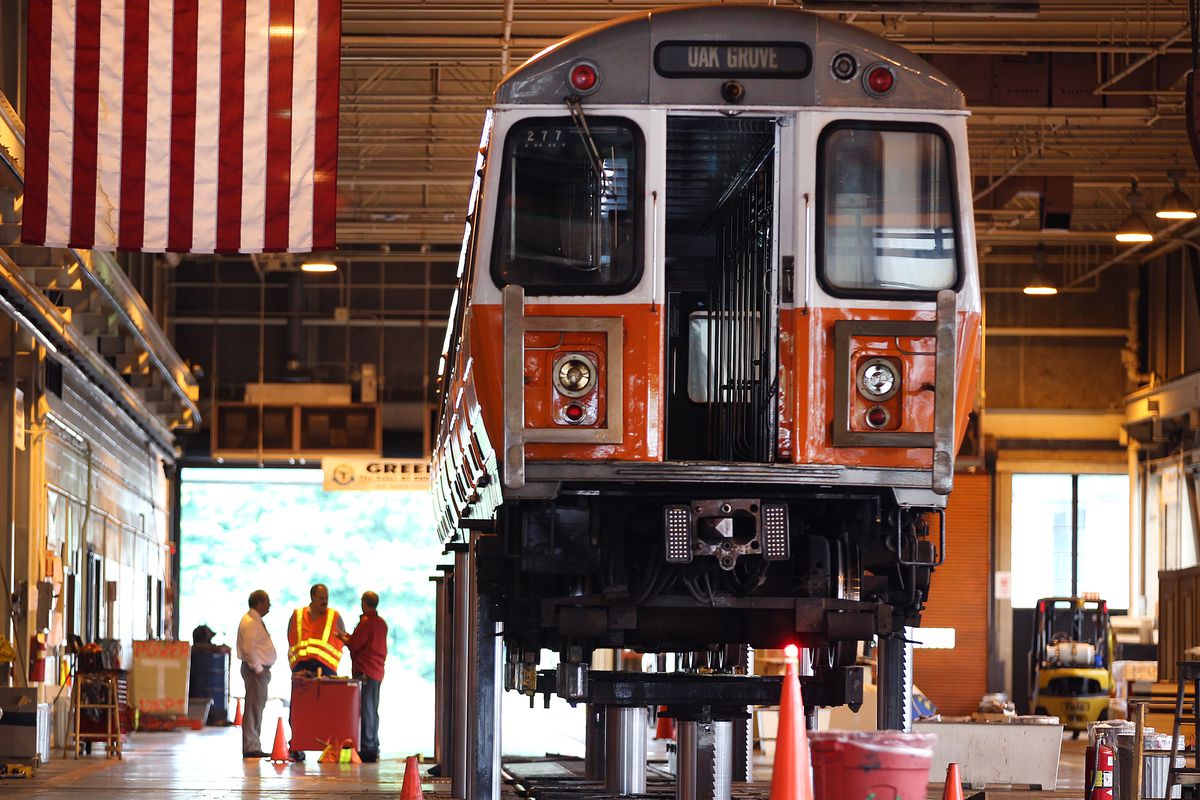 
Commuting around the Boston region remains a herculean task. Its traffic is some of the world’s most congested; its mass transit is aged and often unreliable; and its bike infrastructure is still in its infancy.

But several milestones and projects should give commuters more than some hope for a less stressful future. These are initiatives taking shape or recently launched, mind you, rather than apparently blue-sky ideas such as, say, an aerial gondola over the Seaport.

The additional trolleys are in anticipation of the Green Line extension through Somerville into Medford (which itself is cause for hope). But they will also allow for the MBTA to cycle out existing cars for much-needed repairs.

And these cars will be some of the T’s most modern and roomiest. They’ll have the same number of seats as existing trolleys—44—but room for 10 percent more passengers because of additional standing room.

What’s more, they’ll ride lower to the ground, making schleps on and off them easier than with current Green Line cars; and they’ll be wheelchair-accessible.

The cars will be roomier than current setups, with fold-up seats and wider aisles. Also, like the looming Green Line cars, they will have digital screens. Above is a shot of one of the new Orange Line numbers.

Starting in September, the MBTA will add 282 bus trips per week in an effort to boost transportation options for riders who work late, in particular lower-wage workers trying to get back and forth from Logan Airport.

The additions will build on an extension of late-night/early-morning service that started in April.

The additions will involve merging some routes, including Silver Line branches that service Logan and Roxbury’s Dudley Square. Such mergers will also extend the lengths of particular routes from downtown Boston to as far away as Lynn as well as through Somerville, Medford, and Malden.

The MBTA also plans to get the word out more about existing routes such as from Roxbury to Logan in the wee small hours. Depending on how heavily these additional and extended routes are used, the agency might add more late-night/early-morning service after the fall.

The Silver Line rolled into Chelsea in April as planned, further opening up Boston’s northern neighbor as a hub of transit-oriented development.

The five-mile route runs from South Station through East Boston to a stop just west of Everett Avenue, and facilitates connections to the Red and Blue lines. It has four stops total in Chelsea.

The rollout has also spurred calls for extending the Silver Line into Everett. Stay tuned.

Sure, the state’s monumental Commonwealth Avenue Bridge work will prove a monumental hassle for commuters through much of the summer. (The repairs, an extension of work that went on during the summer of 2017, are set to commence on July 26 from Packard’s Corner in Allston to Kenmore Square; it wraps August 11.)

But, once the project is fully finished, it will mean new Green Line tracks, more room for pedestrians and bikers, and, heck, a much safer bridge. The current span dates from 1965 and is considered structurally deficient. The new one is expected to last 75 years.

Boston in early July hiked the fines for 11 of its most common parking violations.

The move was designed to raise revenue to pay for bike and bus improvements. Those improvements will include new dedicated bus lanes as well as dedicated spots for ride-hailing services such as Uber to drop off and pick up.

The city also plans to spend the expected $5 million windfall from the higher fines on signal improvements and repaving roads.

Speaking of actions from Boston officialdom, the Boston Planning & Development Agency in June launched an approximately two-year initiative to devise a new master zoning plan for downtown that will emphasize public space, affordable housing, and transportation.

The effort—for which some preservationists, business owners, and affordable housing activists have advocated for years—is an acknowledgement that a lot has changed in downtown Boston since the last comprehensive plan for the area 30 years ago.

It’s increasingly mixed-use, rather than mostly office and retail. Residential development in particular has spiked downtown in recent years. And the city wants a master zoning plan going forward that reflects this increasingly 24-7 nature.

Tap and go for the T

The MBTA plans to switch to an all-electronic fare-collection system by 2020.

The move will mean big changes for riders, including no more paying with cash on-board trolleys or buses. Instead, riders will likely just tap a credit card or a smart-phone app to a new kind of fare reader.

Why the changes? To speed up commutes, the MBTA says. Or at least that’s the main reason. An all-electronic fare-collection system, similar to what London has now, will also help the agency analyze ridership data better and then improve service based on it.

It will, too, allow the MBTA to perhaps sync with other transit systems—including Hubway—to eventually build a unified payment system.

Bikes and scooters everywhere you look

The Boston region is awash in bike-shares as of mid-2018, whether of the conventional sort or the newer dockless ones.

That is due both to an expansion of the Blue Bikes conventional bike-share in Boston, Brookline, Cambridge, and Somerville; and to the introduction of dockless bikes such as LimeBike and Spin.

Plus! Electric-scooter concern Bird in late July spilled several of its vehicles onto the streets of Somerville and Cambridge. “Birds are perfect for those ‘last mile’ trips that are too long to walk, but too short to drive,” the California-based company said in a release. It might expand the number of scooters depending on the initial reception.

Now, all of these additions have not come without friction, especially when a dockless bike ends up in an area that doesn’t allow nor want it. But the bikes and scooters do arrive at a time of greater interest in, and infrastructure for, car-less transit.