Home / Housing News / Can’t Find An Affordable Place To Live? Your Town’s Zoning Laws May Be To Blame 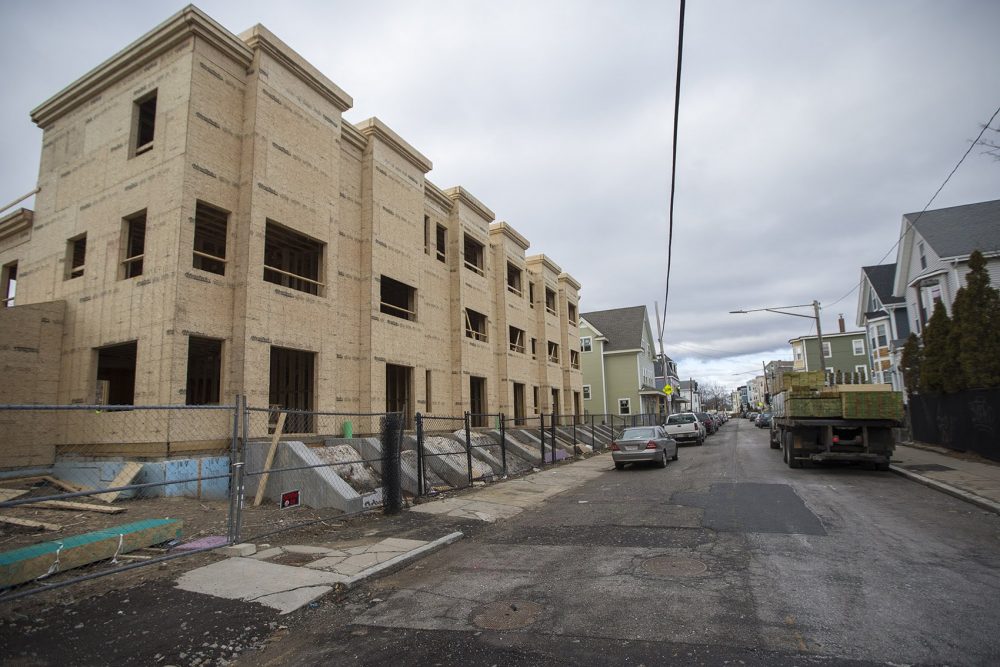 Zoning affects almost everything that happens in your community. It decides what gets built, where, and how fast. It determines if we create more jobs, who has a place to live and who doesn’t, and whether we protect our beautiful natural lands.

Yet, Massachusetts zoning laws are antiquated, a patchwork of policies that have been in place for 50 years, interpreted differently by every city and town. These laws exasperate builders and provide only limited tools to help cities and towns manage growth. Worst of all, these policies have fueled a housing crisis across the Commonwealth, leaving people across income levels struggling to find homes they can afford.

Today, one of every 10 homeowners and one of every four renters in eastern Massachusetts pays more than half of their income for housing: that's more than one in every two dollars, just to keep a roof over their heads.

In some ways, our housing shortage is a matter of math. Metro Boston needs to build 16,000 new homes per year to keep up with the growing number of households, but between 2010 and 2017, communities reported permitting just 10,500 homes per year. Every year we fall further behind, driving sales prices and rents higher at a much faster pace than wages. This impacts people across income levels and hits those with the lowest incomes the hardest, leaving people at increased risk of homelessness.

Today, one of every 10 homeowners and one of every four renters in eastern Massachusetts pays more than half of their income for housing

The resulting shortage is especially bad for renters, first-time home buyers, people with low incomes, and seniors, who are eager to downsize, but can’t, because there is nowhere to move. It also restricts economic growth. Employers may hesitate to invest in a market where their employees have a difficult time finding a reasonably priced place to live.

Despite the obvious demand for more housing, most Massachusetts communities resist adding supply to their housing stock. Boston and just nine other municipalities built two-thirds of the state’s apartments and condominiums over the past decade. Most communities don’t allow multi-family development at all, or require each proposal to go before the town’s government (usually a town council or town meeting) where it must win a two-thirds majority for approval. At least four communities in the last decade — Norwood, Georgetown, Hingham and Newbury — have won a majority of support to allow new smart growth developments, only to fall short of the two-thirds threshold.

But it’s not all bad news.

The Metro Mayors’ Coalition, which includes Boston and 14 surrounding communities, is working this summer to set a region-wide housing goal and adopt best practices to create the homes their residents need. And Governor Baker recently signed legislation that will increase funding to build and protect affordable housing. But without local zoning laws that allow new homes to be built, a handful of communities will continue to build affordable housing, while most build little or none.

Massachusetts cannot get its housing crisis under control if municipalities continue to zone against multi-family housing and even modest single-family homes. With only days remaining in the legislative session, the Legislature has an opportunity to create new tools and policies to address our housing crisis.

Governor Baker and the state legislature's Committee on Housing have proposed legislation to reduce the voting threshold at the local level from a two-thirds majority to a simple majority for zoning changes and special permits that encourage the housing production we need. This is a great idea and must be passed, but it’s not the only step we should take.

First, we need to stave off frivolous lawsuits against locally-approved housing plans, which can hold up development for years in court, and often kill them. Municipalities and developers can all get behind reasonable limits on such appeals.

The Trump Administration may be abandoning federal fair housing laws, but the Commonwealth should be a more inclusive and welcoming place.

Second, we should allow homeowners to build and rent an “accessory dwelling unit,” sometimes called an in-law apartment, within their existing homes. Such units could expand the housing supply, while allowing senior citizens and younger families to live together.

Third, the state should require communities in high-cost areas — especially near public transit — to allow multi-family housing production somewhere in town. Communities that demand complete local control, with no state guidelines, are shifting the burden to neighboring communities and fueling the housing crisis. We need every community to help meet our housing needs.

Finally, zoning and permitting actions that discriminate on the basis of race, income, and family status should be considered violations of the civil rights law (it’s not now). Communities routinely “ask” developers to drop affordable or multi-family units from their projects, with the clear implication that the project will not otherwise be approved. Such actions limit housing choices for people of color, households with low incomes, and families with children. The Trump Administration may be abandoning the implementation of federal fair housing laws, but the Commonwealth should be a more inclusive and welcoming place.

Without new statewide zoning and housing production policies, the Commonwealth’s housing shortage will persist, impacting people’s quality of life and limiting our economic growth. We cannot delay. We urge the state Legislature to send a strong zoning and housing bill to Governor Baker’s desk in this final week of session for 2018.