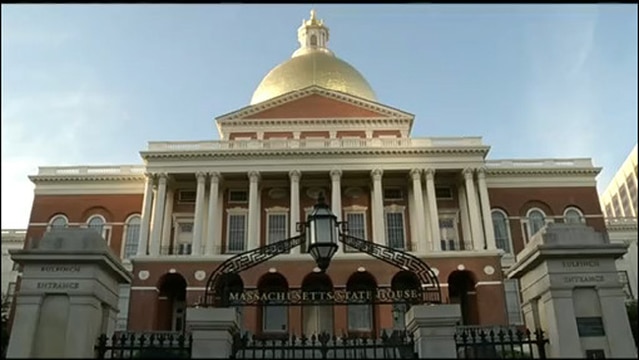 BOSTON (SHNS) - Supporters of a housing production bill that's more expansive than the one proposed by Gov. Charlie Baker called on the governor Tuesday to support "moderate additions" to his bill and signal his support for those measures to the House and Senate in an effort to get a bill moving before formal sessions end next Tuesday.

The Massachusetts Smart Growth Alliance and its partners on Tuesday also asked the House to make the six additions to the governor's bill and pass that legislation this week.

"As Speaker (Robert) DeLeo said, time is running out to pass a strong housing and zoning bill," alliance director Andre Leroux said in a statement. "We are still optimistic that the Legislature will take action because our housing crisis demands it. We're confident that legislators understand that a middle ground solution will help solve this housing crisis."

Legislators throughout the two-year session have been calling for solutions to tackle housing affordability problems but have so far failed to move housing production legislation through either branch.

Asked if Baker would call for the six measures to be added to his bill, a Baker spokesman did not address that request but said the governor's bill has been endorsed by several groups, including AARP Massachusetts, the Mass. Municipal Association, Greater Boston Chamber of Commerce, Boston Medical Center, and the Massachusetts Business Roundtable.

The Home Builders and Remodelers Association of Massachusetts also backs Baker's bill and in a statement Tuesday described any changes to it as "eleventh hour amendments." An association representative, Ben Fierro, said the governor's bill has "broad support and no opposition from any interested party."

"Comprehensive zoning reform is complex, unrealistic and largely unnecessary," according to Fierro. "Cities and towns already have the ability to zone for denser, more affordable housing. The problem is trying to get those zoning changes approved by a reluctant Town Meeting or cautious city council. The Housing Choices Bill will make it easier for communities to approve the right projects in the locations that are the most appropriate for those communities. And with the unlikely support of both the Massachusetts Municipal Association and the real estate development community, it is the only housing and zoning bill with any chance of passage in the waning days of the legislative session."

Marc Draisen, the executive director of the Metropolitan Area Planning Council, said the six measures should not be characterized as "eleventh hour" additions. "Some of them have been in legislation for the last couple of decades, to be honest," he said.

Draisen said cluster zoning, accessory dwelling and frivolous lawsuit provisions would encourage housing production, while the zoning board training, dispute mediation and site plan review language would make it easier for municipalities to plan for and manage growth.

"The housing choice bill the governor has filed is an excellent bill," Draisen said. "We want it to pass. It's a good step in the right direction but we are hopeful that a modest set of additional items will be passed to really make a serious dent in the state's housing shortfall."

House Speaker Robert DeLeo on Monday said it's still a "huge question" how the House will handle the housing bill, if it comes up for a vote at all, because he said NAIOP, which represents commercial developers, and the Massachusetts Municipal Association have made it clear to him that "the bill that was filed by the governor is the bill they are supporting, and that they will not support on either side any idea about any amendments to that legislation..."

"The question we have now is if amendments are offered, what's going to happen with those amendments?" DeLeo asked rhetorically.

Copyright 2018 Nexstar Broadcasting, Inc. All rights reserved. This material may not be published, broadcast, rewritten, or redistributed.