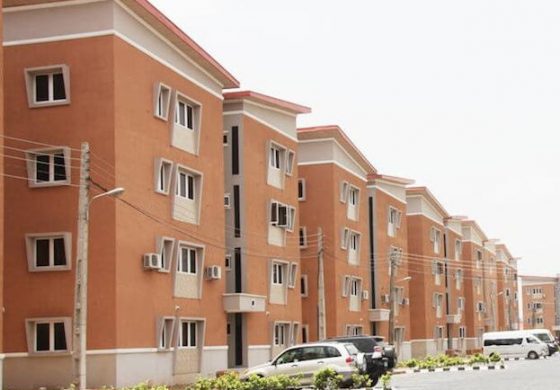 
Not all statistics are worth losing sleep over. Some are just for the informational content. The homeownership rate is one such: it is a measure of the proportion of people who live in their own houses. It indicates the strength of mortgage market and at best, a measure of aggregate prosperity. When it is low, it implies that something has to be done to increase prosperity – not homeownership per se – in the expectation that prosperity would bring the wealth and motives to acquire homes. However, at some point in our development path, we took the wrong approach towards increasing the level of homeownership. The government, instead of investing in housing, conducted ‘fire sales’ of public lands to the highest bidders, increasing the relative scarcity of land and its prices. Soon, everyonewanted to own lands, it had become popular as the ‘best investment’ irrespective of its high capital-output ratio. Private individuals flooded the housing market. The government eventually exited the market as it became difficult to regulate.
Today, the effects of this unstructured deregulationincludeillegal sales, land grabbing, collapse of urban planning, rise in squatter settlements, unhealthy competition for lands, uncontrolled factor pricing, cost-push inflation, and rising housing deficit.These made other public infrastructure – water, sewage system, and transportation – necessary for urban planning almost impossible to develop. This approach to increase the rate of homeownership does not reduce the rate of homelessness, rather increases it.
There is a housing deficit of about 17 million. It would take the production of one million units per annum over a 20 year period to close this gap. But overall annual fulfilment is 100,000 units and a corresponding deficit of 900,000 units which carries a potential cost of US$ 16 million. The mortgage market is somewhat labyrinthine with 57 players, butmortgage financing to GDP is 0.58% (South Africa, 31%), home-ownership is 24% (Kenya, 73%). Mortgage conditions are stringent: interest rates are as high as 20%anda 25% down payment on an average mortgage size of US$ 18,000 – in country where 87 million peoplelive below US$ 1/day. The focus should be eradicating extreme poverty not increasing homeownership.
Presented with evidence of market failure, the visible hand of government is necessary to restore equitable distribution and social optimum in the housing market. But governments too have failed.
A number of state governments have attempted mass housing schemes: it is typically a few blocks of bungalow houses built in remote locations, deserted and often unliveable to those for whom they were intended. And when these governments realize their failures, they enter into a quasi-partnership with government compradors who connive with other individuals, in the guise of estate developers, to off-take the lands being sold out by government ministries and local communities under shady negotiations – with no pretension to transparent market process. These pseudo-developers go on to build luxury houses for themselves and the upper class. No consideration for the vast poorly-housed lower class.Ogun state is a classic case: the government and communities are off-loading the lands to churches, private developers and foreign businesses in a fate of competition with Lagos state, ignorant of the current challenges Lagos state faces. They are losing the opportunity as a sparsely populated state to initiate urban planning and city development.
So while these estate developers continue to build for the top 1 per cent that could afford home-ownership and already own estates, nobody builds for the ordinary man. A subtle paradox ensues: a simultaneous development of luxury estates and slum estates; whereas the former is largely unoccupied, the latter is well overcrowded. The results of markets is not always optimal: no wonder while there are slum cities to revamp,scarce resources were rather directed towards building a new luxuriousEko-Atlantic city despite the number of unoccupied apartments in Ikoyi, Victoria Islandand the environs. It was only recently that we realized that these empty buildings served other purposesas cash vaults to hide away stolenmonies. This partly explains why rental prices are downwardly rigid these environs where there is aglut of albeit, luxury homes.
Housing, like education and health is a critical sector in which the government cannot laissez-faire. The high capital-output ratio in housing investments implies that unchecked markets would not yield socially optimum outcome. The visible hand of government is necessary both as a player and regulator to steer the market to desirable outcome. Housing is a major part of household consumption and savings motives in developing countries. Therefore, improving housing conditions would have positive implications for standard of living.
Concluding remarks
Sadly the housing production model continues to be about luxury homes even though it is not working!The diaspora city plan of the Federal Housing Authority to build estates for Nigerians living outside of Nigeria is a case of government betrayal of the majority of Nigerians living in Nigeria with no decent roof over their heads. Government needs to return to the market:they need to increase the percentage of total land stock in the government’s possession even if it means revoking certain land titles. They need to provideproper incentives tolocal authorities, housing associations, private establishments and community organizationsthathave the resources and can endure the long-term risk-return nature of housing investments to produce standard rental units at affordable prices. Housing units could be built and thensold apartment by apartment in which case theoverall assets still remains in public ownership, allowing therefore for integrated maintenance and urban planning. This was the Jakande model in 1983 Lagos state.These sorts of collaboration and coordination are necessary to correct the market distortions and provide affordable homes for Nigerians.However, the rhetoric needs to be changed: everybody cannot be homeowners. Therefore, there should be provision of a minimum standard of housing unit for life-starters and those who cannot afford luxury homeownership.

Okafor is a policy researcher and strategist with an M.Sc. from Friedrich Schiller University, Jena, Germany. He wrote via amam.okafor@gmail.com