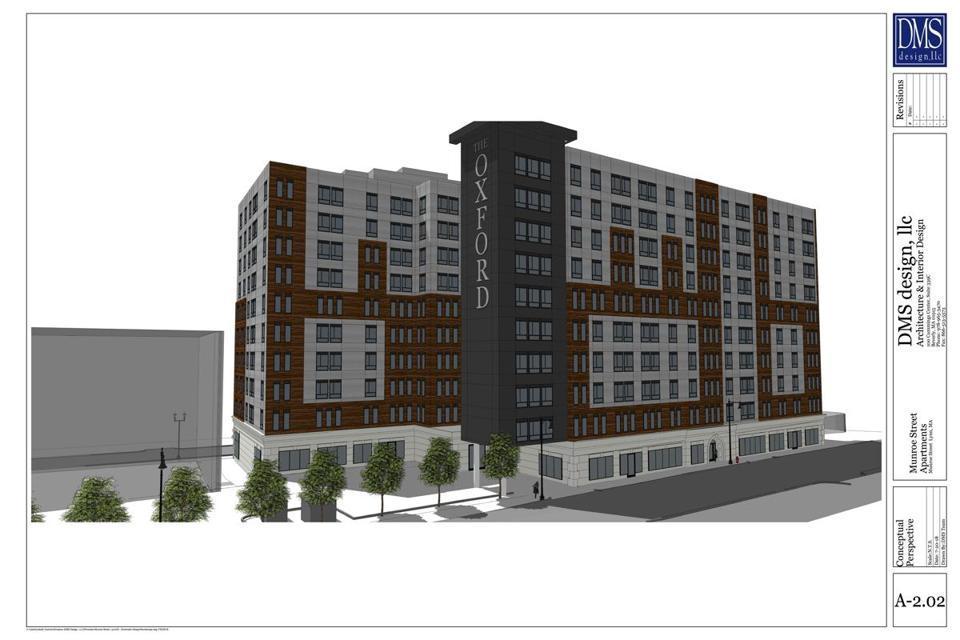 
After years of favoring other cities, real estate developers seem to have finally turned their attention to Lynn. A recently approved apartment building downtown, projected to cost nearly $100 million, joins two housing developments under construction on the waterfront.

But with no affordable units planned for any of these projects, some community advocates and local officials are concerned that development plans are leaving a large section of the city’s population behind.

“They’re trying to change the market and create a whole new type of demand that completely leaves out most working class people in Lynn,” said Isaac Hodes, the director of Lynn United for Change, a local community advocacy organization.

The newest project, between Munroe and Oxford streets in downtown Lynn, would add 261 units of market-rate housing, and is projected to open in 2020. It joins the combined 1,594 units planned on the waterfront as part of the Gear Works and North Harbor developments. Rents for two-bedroom apartments in each development are projected to start in the $2,000 range.

Hodes said he is concerned that these new developments, with exclusively market-rate units, will lead to rent increases in surrounding neighborhoods.

“The problem with these buildings is they’re creating these segregated, wealthy-people-only enclaves and doing nothing for the rest of us,” Hodes said.

In 2013, more than half of households in Lynn were low or moderate income, according to data from the US Department of Housing and Urban Development. A study released last year by national research institute Policy Link found that 78 percent of low-income renters in Lynn pay too much for housing.

The city is working to increase its affordable housing stock, and a 71-unit building called Gateway North near North Shore Community College is set to open this summer. Three-quarters of it will be affordable.

“For someone to say Lynn isn’t doing enough for affordable housing, I’d respectfully point to all of our surrounding neighbors — all in the single digits in affordable housing,” said James Cowdell, executive director of the Economic Development and Industrial Corporation of Lynn.

Approximately 12.5 percent of Lynn’s housing units are considered affordable by state standards, according to a study published in 2016 by the Lynn Housing Authority.

Critics saw a recent City Council vote on the new Munroe Street development as a missed opportunity to gain affordable units in the building.

The City Council voted 7 to 4 on July 10 to approve $2.5 million in tax breaks to the development, which is being built by Saugus-based Procopio Construction.

The break came under the Massachusetts Housing Development Incentive Program, which also allows for eligible municipalities to request that the development include affordable units.

City Councilor Brian LaPierre, who voted against the measure, said he supported the project but thought the city moved too quickly and could have negotiated a better deal with the developers.

“If we were to get 5 percent of those units affordable, that would be a starting point,” he said.

Procopio Construction co-owner Michael Procopio said the company explored having “an affordable component” to the development, but that state funding was not available to help finance affordable units.

When it comes to new projects in Lynn, Hodes said he wants development that considers all residents of the city.

“We’ve seen this movie before and we don’t like the ending,” Hodes said, naming East Boston and Somerville, where rents have risen sharply in recent years. “We want to see a different kind of development model that doesn’t displace people on a large scale.”

Gail Waterhouse can be reached at gwaterhouse08@gmail.com.