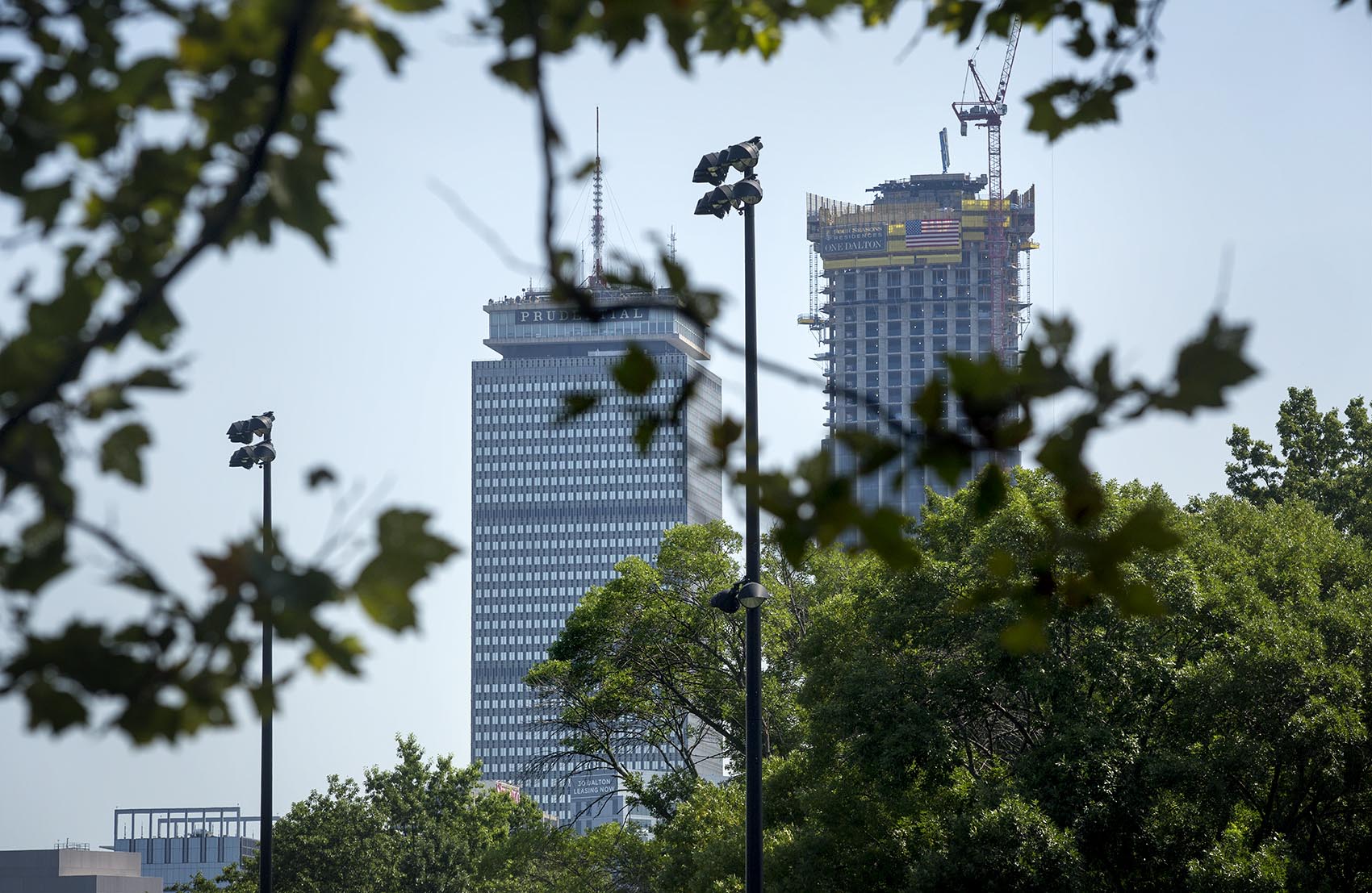 
One Dalton Street will soon be Boston's tallest residential address — and one of its most exclusive, with swanky condominiums sandwiched between a $40 million penthouse and a Four Seasons hotel.

Yet Mayor Marty Walsh contends the triangular tower in the Back Bay has a populist side.

"Often times people talk about luxury buildings, saying that we're not building for the poor," Walsh said Tuesday at a "topping off" ceremony to mark the end of vertical construction on 742-foot One Dalton. "But what this building actually does is create opportunities and revenue for middle-class and low-income housing."

"It's actually putting food on the table for everybody in front of me today," said Walsh, a former head of Boston's Building & Construction Trades Council.

One Dalton will open early next year as the tallest residential building in New England and the third-tallest overall, behind 200 Clarendon — long known as the Hancock — and the Prudential Center.